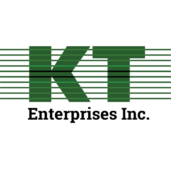 Evermoore Park is located within the community of Westmoore near Ashburn, Virginia.  KT Enterprises (KTE) has been working in this community for several years taking on both landscaping and construction scopes.  This park was started over a year ago and then had to be put on hold as two major gas lines had to be run through it.  This park was built entirely by KTE, overseen by one of our most senior employees, Mike Ziegler.  KTE not only completed the landscaping but was also responsible for all the scopes and trades needed to complete this park from the grading, sidewalks, play structures, dog park, irrigation and amphitheatre.  This park will not only be enjoyed by the community residents but also by the general public as it has been handed over to Loudoun County as public park.

‘The Landscape Management Professionals’; serving the landscape installation and development needs of the Washington Metropolitan Area for forty-five years.